Divorce in Your Province

We have 13 offices in Canada and offer remote mediation across the country.
View Locations

If you’re facing separation and divorce, you will have a lot of questions. Fairway has guided clients through this pivotal life change since 2006, so our mediation experts have many of the answers. Below you’ll find resources and information for commonly asked questions, explanations of terms and documents you should know, and insight into what to expect during the separation and divorce process. If you still have questions or want to request a consultation with our mediators select the office closest to your home.

What do I need to do before I can file for Divorce?

How Do I get a Separation Agreement in British Columbia?

How do I file for Divorce in British Columbia?

The divorce filing process in BC may take approximately 3 months before the court enters a divorce judgment. This timeline allows for:

What is the cost to file for divorce in British Columbia?

There are two separate filing fees involved with filing divorce documents in the British Columbia Supreme Court. The following filing fees are paid directly to the court when the documents are filed: 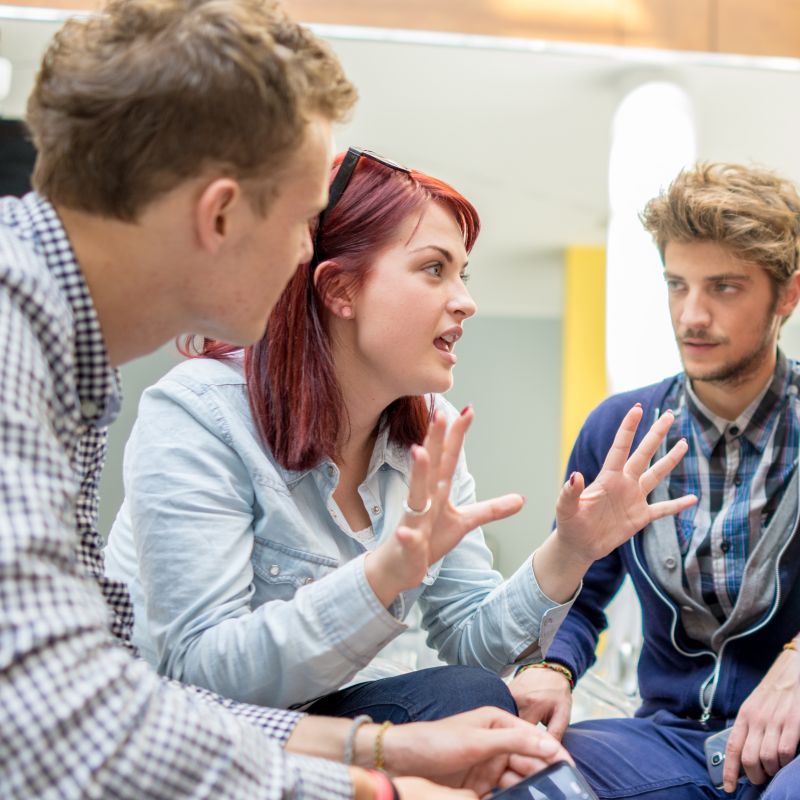 Not sure how to tell family and friends about your divorce? We can help you find the right words. We understand divorce, so we’ve put together information to help you tackle those tough conversations. Find everything you needon our blog.
Chat with a mediator to see how we can make the process easier.

Under the Family Law Act, there is a responsibility of the parent to support the child; even in the situation that one parent does not participate in the physical care of the child/children. Child support is the legal right of the child.

Each party may also have an obligation to contribute to a child’s extraordinary expenses.

What are the child support guidelines in British Columbia?

Child support in BC is based on the Federal Child Support Guidelines. These guidelines follow certain rules that the courts use to set child support amounts.

The amounts are based on how much the payer earns annually and how many children the payer is paying to support. Each province in Canada has its own payment calculation. the table for support in BC.

How is annual income calculated for child support?

Use the Federal Child Support Guidelines to calculate the amount of child support to be paid monthly. For a quick calculation try the child support calculator.

Can I reach an agreement without going to court?

Many couples come to an agreement about child support without going to court, either through do-it-yourself or through mediation. Agreements filed with the court can be enforced as they have the same force as a court order.

This booklet contains basic information about child support in BC. Child Support in BC PDF 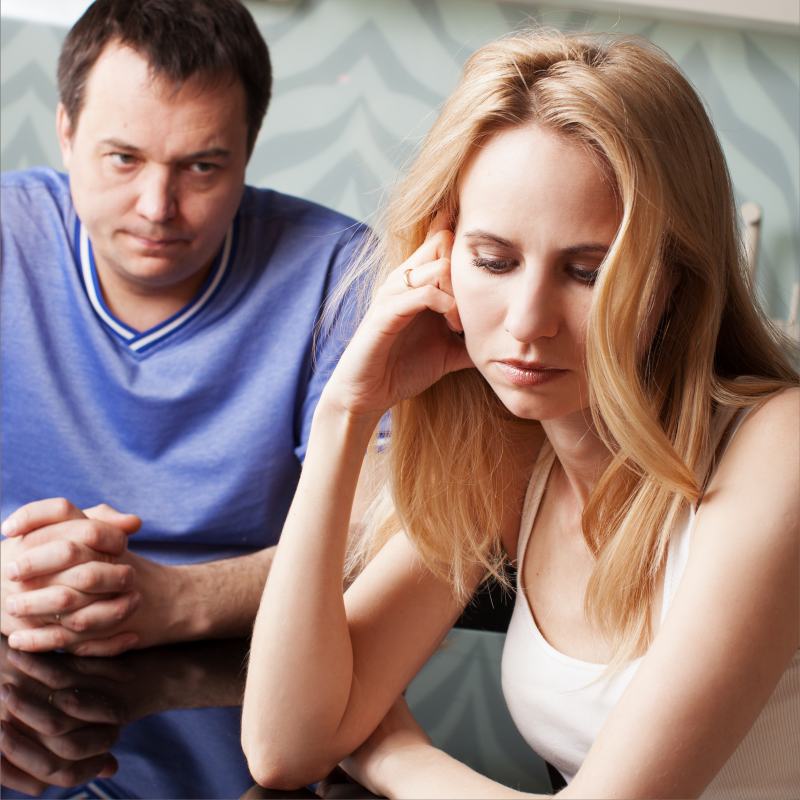 Looking for harmony while going through a divorce? Sometimes circumstances dictate continuing to live together while going through a separation. We have experience with every type of arrangement and can help you move through the sticky stuff smoothly. Learn more about navigating challenging situationson our blog.
Need more detailed information? Call us; we can help.

There are two laws in BC that handle spousal support: the Family Law Act (a provincial law) and the Divorce Act (a federal law).

When could spousal support in BC be paid?

Under provincial and federal laws, spousal support is intended to:

How do I figure out the amount of support to be paid?

There are many factors to be considered when determining the amount of spousal support to be paid, which may include the following:

The Support Advisory Guidelines can help spouses figure out the amount of spousal support that should be paid. The guidelines take into account the income of both spouses, length of the marriage, and whether children are involved.

MySupportCalculator.ca is a website with a support calculator and can provide an estimated dollar amount that can be adjusted based on specific circumstances.

How to apply for spousal support in BC

If spouses cannot come to an agreement and both spouses want to avoid the court system, the first and best option is to mediate with a third party to reach a fair agreement. The alternative is to apply to the court system for a spousal support order.

Court applications for spousal support in BC can be expensive and time consuming. Therefore, coming to an agreement on spousal prior to the court application is wise.

How long is spousal support intended to last?

Spousal support agreements or orders can often be dependent on the relationship length. However, the law in BC expects each party to be able to support themselves as soon as reasonably possible after the dissolution of a marriage if possible.

An agreement can state that spousal support will be reviewed at a certain time. This is important as parties’ circumstances can often change over time.

Is there a time limit to apply for spousal support in BC?

If applying under the BC Family Law Act, apply for spousal support no later than two years after the order for divorce.

There is no time limit under the Federal Divorce Act.

Can I enforce the spousal support agreement in BC?

Once an agreement is received for spousal support, parties can enroll in the Family Maintenance Enforcement Program (FMEP). FMEP is a government program that can monitor payments and can take action to assist in receiving spousal support payments.

How to divide property in BC

The rules about how to divide property and debt in BC apply to both:

What is considered family property in BC?

Family property in BC is defined as everything spouses own together or separately on the date of separation, which include:

How is family property and family debt divided in BC?

The law in BC states that when parties’ separate, all family property and/or family debt are to be divided equally, unless an agreement is in place that states it will be divided differently.

How is property divided that was owned before the marriage in BC?

Other assets that are excluded are gifts and inheritances received by one party. View the full list of excluded property in section 85 of the Law Act in BC.

Is unequal division of family property and debt possible in BC?

The BC court may order family property and/or debt to be divided unequally if it would be significantly unfair to divide it equally.

Some things the court may consider when making this decision include:

Are there time limits to settle family property or debt in BC?

In BC, married spouses must apply to divide family property or debt no later than two years after the order for divorce.

In BC, unmarried spouses must apply within two years of the date of separation. 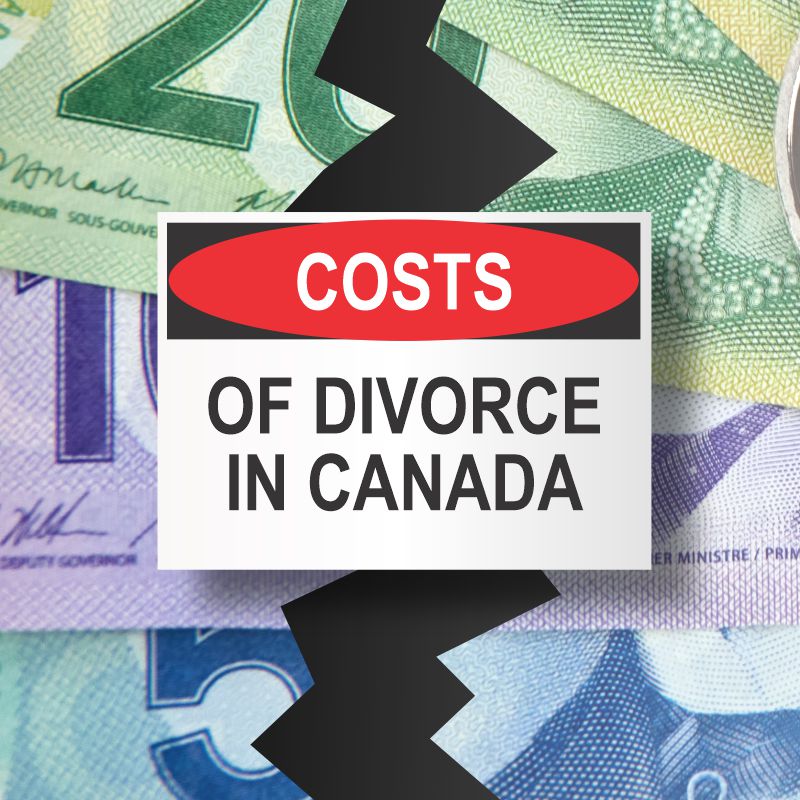 Worried about how much a divorce will cost? We’re experts in the financial facets of separation and divorce and can help you determine and control costs ahead of time. Read more about taking the guesswork out of the cost of divorceon our blog.

Divorce mediation is a speedier and less costly way to dissolve a marriage than going through the courts. A family dispute resolution process such as mediation, arbitration, or collaborative law is mandated by the Divorce Act. With the help of a neutral third party such as Fairway, you and your partner will sit down together or perhaps apart to figure out an agreement encompassing all aspects of your divorce, from property division and spousal support to child decision making responsibilities. There are two types of divorce mediation, open and closed. Open mediation may be disclosed, while closed mediation is strictly confidential. Most family mediations are closed.

Divorce resolution through mediation requires teamwork. The mediator acts as a facilitator and guide, keeping the conversation moving forward and ensuring that all topics are covered. However, he or she will not provide legal advice. Therefore, it is best for both parties to seek legal advice from an independent lawyer before signing any final binding agreement.

Successful divorce mediation results in a non-binding, written agreement that will be drafted into a binding separation agreement which may be filed with the court. Enforcement may be sought in exactly the same way as a court order.

Divorce mediation can be challenging, as cooperation is essential. Through our proprietary process, though, which involves multiple professionals, we have helped many very contentious couples and financially complex families negotiate a fair and equitable settlement. Whenever possible, divorce resolution through mediation should be attempted, as it is much faster and less expensive than a court battle.

The Federal Divorce Act deals with divorce, as well as claims for child and spousal support, and decision making and parenting time, in divorce cases.

The Family Law Act of BC deals with spousal and child support, division of property, and possession of the matrimonial home.

The Maintenance Enforcement Act is to make sure that property is divided in a fair way between spouses when they separate.

If one party lives outside of BC Support Orders Act.

Get Started with an initial Consultation

Do you think Fairway might be for you? Talking to us can help make sense of what your next best step is. Just 30 minutes and you’ll have more clarity.

We offer our prospective clients a no charge consultation with one of our senior divorce mediators. They will discuss your situation, needs and concerns to find out which of our services is best suited for you. Whether it is mediation, financial guidance or litigation support, our team will set the stage for a timely resolution. Stay empowered and in control of your future, finances and freedom.

Before you call a Lawyer, call us.