January is Divorce Month for a Reason

January has come to be known as divorce month. For so long, the reason is so simple. With the holidays over, couples on the rocks felt that they no longer needed to put on airs. They could move forward with a divorce without the prospect of the holidays (and family gatherings) hanging over their heads.

For those with children, it made a lot of sense. After all, nothing will ruin the concept of Christmas like a nasty divorce, right? But that seems like too simple an explanation as to why January has become divorce month. According to a recent publication on divorce, there might be other reasons that January has come to be known as divorce month. Here are a few other reasons.

Trying to Save Relationships Before Divorce Month

One of the biggest reasons that there is an influx of divorce cases in January is that couples are trying to save them. Divorce in January is rarely a spur of the moment kind of thing. Couples have been on the fence about getting divorced and typically hit the tipping point when the New Year comes.

There is a penchant for getting caught up in the majesty of the holidays. The lights, the festive music, the general atmosphere of Christmas—it can all be enough to convince struggling couples that there is a chance to turn things around. 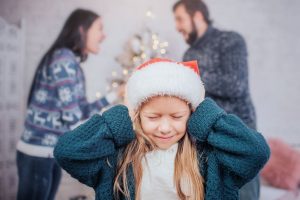 The simple fact of the matter is that things were broken long before that point. January holds its status as divorce month because those relationships are delaying the inevitable. That is not to say it is impossible to reconcile a marriage over the holidays. For the most part, however, those relationships are over whether the two parties want to admit it or not.

The holidays simply delay the inevitable. When the New Year rolls around, those old problems are often front and center once again. That leads to an influx of divorce filings come January.

Divorce Month Comes in the Wake of Stressful Holidays

More often than not, the reason for a January divorce – and the influx that we see in cases – is due to wanting to provide one final positive holiday. Divorce month is simply due to the fact that couples with children want to give them a pleasant Christmas.

When Christmas has concluded, there is no longer the pressure to keep things going. Couples at the end of their rope can simply resolve to push forward when the new year has begun. There is no further need to put on airs.

The holidays can also act as a tipping point. Let’s face facts: as an adult, the holidays are largely stressful. Trying to find the right gifts, managing get togethers, wondering if there is enough money to go around, etc.

All of these factors can play on an already damaged relationship. Rarely do marriages come to an end in the spur of the moment. They are months of built up tension, stress, and fighting that come to a head. The holidays seem to bring those fractured relationships to a breaking point.

Even if they don’t know it yet, the holidays can be the last hurrah. There is no longer an excuse to push forward in a broken relationship. Both sides agree that, with the holidays in the rearview mirror, it is time to move on. Think of it as a “new year’s resolution” of sorts. It is, after all, a time where we all tend to want to make changes in our lives for the better.

January Divorces Can be the Result of Tax Implications

By the time the holidays come, a couple that is to soon divorce often knows it’s coming. Even if they don’t want to admit it, most couples know that it is at least a foreseeable possibility. And there are other implications to be considered in addition to family consequences.

Believe it or not, one of the biggest reasons that January is divorce month is due to tax issues. In years prior, both sides likely filed joint taxes. But if the two plan to divorce in the coming year, that presents a new set of issues.

So, couples who are planning to divorce in the coming year may want to get a jump in January for tax reasons. Depending on the assets involved – property, shared finances, investments, retirement accounts, etc. – the process can get quite complicated.

Getting started before the new year is the best way to ensure that both party’s tax needs are met. The process of divorce is stressful enough without having tax issues hanging in the air.

Divorce Month and the Impact on Children 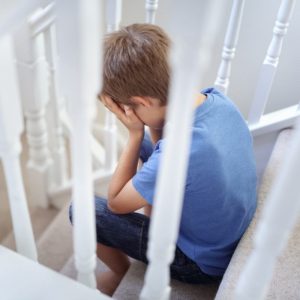 By and large, divorce is viewed in a negative light. It is seen as a process that divides families, breeds arguments, and leaves all involved unhappy. The fact of the matter is that there are studies showing both positive and negatives for the process.

Divorce studies. There are certain studies that support both sides of the argument. Some show the negative impacts. Children of divorce have shown to be more likely to experience depression and anxiety than those from two-parent families.

Children of divorce are also more likely to develop behavioural issues, have trouble at school, and have difficulty keeping social connections. We are led to believe that divorce scars our children in irreversible ways forever.

The Reality of Divorce and Children

There are studies about anything that can sway the argument one way or the other. But the simple fact is that divorce is unique to each couple and their children. It isn’t the idea of having one family under one roof that causes the issues, after all.

There are countless articles discussing the positives of divorce. Having emotionally stable and happy children in divorce comes down to providing them with love and attention. It comes down to having parents that aren’t consistently in conflict. It is that conflict and tension that creates the anxiety and depression.

Those who are afraid of divorcing should consider the positives. No good marriage has ended in divorce. The relationship is not indicative of the love that you feel for your children. It is possible to provide love and nurturing to children despite how you feel about your spouse. That relationship does not have to impact how you care for your children.

Divorce is understandably a stressful time. Instead of taking on the process alone or resorting to expensive divorce attorneys, call Fairway Divorce today. Our unique brand of divorce mediation helps to make the divorce process easier.

Those with children don’t have to stress about what may come. Focus on getting your divorce, moving forward with your lives, and showing the children the love and attention that they need. Divorce can help expedite the process, navigate the stress, and move on.