The traditional divorce process is often a contentious one. The process is costly, both financially and emotionally. Because of this, alternative divorce resolution (ADR) processes are becoming a more valuable commodity.

The changes to the Divorce Act, as of March 1, 2021, are meant to provide legislation on those alternative dispute resolution processes. If you are considering divorce or going through it for the first time, understanding those changes is important.

What’s worse, some provinces had no divorce laws to speak of. Quebec, for instance, had the Civil Code of Lower Canada. That civil code made the declaration that “marriage can only be dissolved by the natural death of one of the parties; while both live, it is indissoluble.

Newfoundland, meanwhile, never enacted a particular divorce law. Moreover, the local courts would not even grant those judicial separations until around 1948. The only way for couples to divorce was to apply for a private bill of divorce through the federal Parliament.

In Ontario, the same rules applied. Couples seeking a divorce had to do so through the aforementioned federal Parliament bill of divorce.

The Divorce Act, established in 1968, came at a long-overdue time. Couples across Canada needed laws that would dictate the process for divorce not only in each province but federally.

With the implementation of the 1968 Divorce Act, Canada finally had a uniform divorce law. The changes, in addition to the aforementioned uniformity, covered a variety of areas. For one, it placed each spouse on equal footing when it comes to pursuing a divorce.

Moreover, the Act specified the grounds for divorce. They include adultery, bigamy, physical or mental cruelty, or the conviction of a sexual offence. It also covers the permanent breakdown in the marriage. This comes from three years of separation. The separation can be due to addiction, refusal or inability to consummate the marriage, or living apart and separate over that time.

The 1968 Act also declared that, should separation be initiated by those living in different provinces, the one that commenced first would be the one that would be allowed to move forward. Should they be filed on the same day, then they would both go to the Divorce Division of the Exchequer Court.

Finally, the 1968 Act provided that the judgement would be in the form of what is known as decree nisi. This decree becomes absolute three months later when the court is satisfied that any rights of appeal have been properly exhausted.

Nearly 20 years after the implementation of Canada’s Divorce Act, there was a replacement applied by Parliament. This Act meant to simplify the process of divorce even further. There were a few significant changes worth noting.

The first major change dictated that the application for divorce could be filed jointly or by either individual. Secondly, there is a further clarification of the grounds for divorce. This includes breakdown of the marriage, physical or mental cruelty, adultery, or separation. It also states that the separation needs to last at least one year prior to divorce proceedings.

There was also no longer a requirement for domicile. The court would then have jurisdiction where one of the spouses had already been a resident of the province for at least one year. Moreover, the divorce became effective just 31 days after the granted judgment so long as there were no outstanding appeals.

Lastly, any foreign divorce is recognized for the sole purpose of determining marital status for anyone in Canada. There are further specifications to follow, but those can be found in greater detail elsewhere.

The Divorce Act: A Historical Perspective

The natural instinct of couples going through divorce was fairly simplistic. The goal being, to find a divorce judgement and then bring a court application to the proceedings. A judgment comes down regardless of whether the situation could be resolved or not. 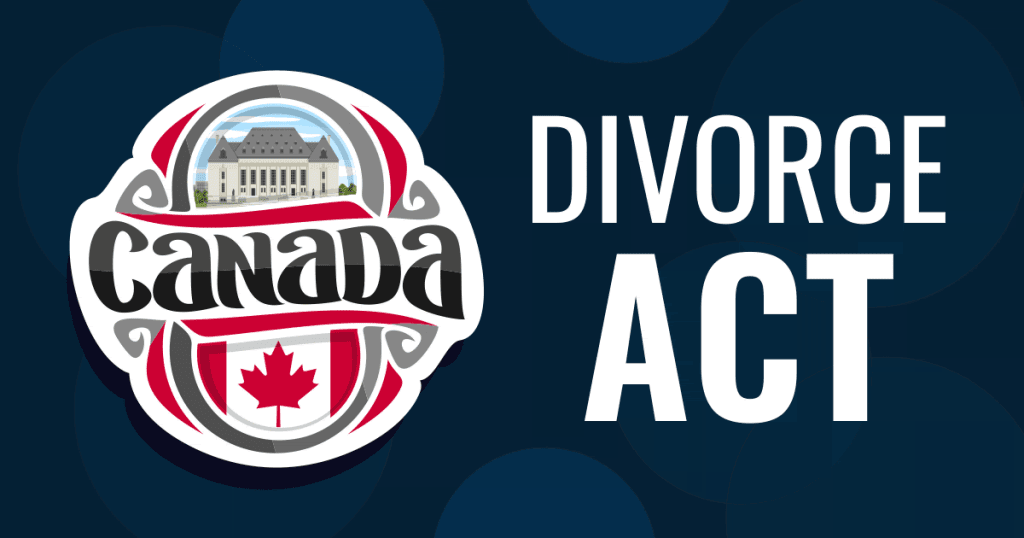 What are the Changes to the Divorce Act?

For starters, these changes were meant to come back in the summer of 2020. Unfortunately, a global pandemic got in the way of a lot of things. As a result, these mandates have been pushed back to March 1, 2021, instead.

It is also important to note that this is the first substantial change to the Divorce Act since 1985. One of the benefits of the Divorce Act is that there aren’t a whole lot of arbitrary changes that come on a yearly basis. Changes are rare, but they are pretty substantial when they do happen.

It is also worth noting that the majority of the changes are focused on one thing. These changes put a refocusing on the legislation surrounding the best interests of the children in divorce.

These changes include greater detail on what constitutes family violence, for instance. There are also more detailed considerations when it comes to the factors included in the best interests of the child. These changes will closely mimic the Alberta and British Columbia provincial legislation on the matter.

The Divorce Act changes will also set out specific procedures pertaining to case law. These procedures will entail the applications and issues that arise through case law, such as mobility applications (among others).

What is the Reason for this Change to the Divorce Act?

There are major benefits in terms of alternative dispute resolution when children are involved. For one, it benefits the children to see their parents working in tandem. When parents are too busy fighting with one another, it can seem to the children that they are no longer important.

It is important to note that these dispute resolution processes may not always be appropriate. For instance, if there is a history of family violence or a significant imbalance in power between the parties. In that instance, court proceedings may actually be the preferred route. Parties should only participate in dispute resolution “to the extent that it is appropriate to do so.”

Family dispute resolution means a process outside of court that is used by parties to a family law dispute to attempt to resolve any matters in dispute, including negotiation, mediation, and collaborative law.

Why are the Changes to the Act Important?

There are a few important things to note from the changes here. For one, it is the first time that family law legislation has formally recognized the use of alternative dispute resolution methods. Instead of being a trusted method by experts, it is now getting the legal recognition that it deserves.

Moreover, it shows a growing recognition for alternative dispute resolution methods. It shows that these methods are generally faster, more effective at protecting the children, and are more cost effective than family law disputes.

Finally, it is a recognition of the importance and validity of the alternative dispute resolution field. There is simply no dispute about its role in divorce proceedings and its benefits to not only the divorcing couples, but the children involved.

The hope here is that the requirement of an alternative dispute resolution method will help to redirect disputes away from the courts. The goal is to help alleviate the congestion that can occur in the courts while helping couples come to a more amicable resolution.

The impacts of this change to the Divorce Act are far-reaching. As mentioned above, it will help redirect clients to mediation companies like Fairway. It will help take those family law disputes and reduce the conflict while making them both faster and cheaper.

Most importantly, it will help to clear out the court system of files that don’t require the power of the courts. That means fewer delays in the process, and judges will have the time necessary to consider the appropriate matters in a case more thoroughly.

No matter how you look at it, family mediation and alternative dispute resolution are better ways of doing things.

Fairway Divorce Can Help With Your ADR Needs

Fairway has been providing the very best in mediation services for years now. Our team understands the difficulties in the process from an emotional standpoint as well as those financial implications. We simply believe that there is a better way of doing things.

To learn more about the changes to Canada’s Divorce Act and how they may impact your divorce proceedings, we are happy to help. Our team of knowledgeable experts can provide any clarification needed as you move through with your divorce.

In a successful divorce, dispute resolution is a must. Each person gets the validation and time deserved. Most importantly, they have the right to come out of the proceedings happy, financially sound, and ready to move forward with their lives. Court proceedings drag out the entire process. The traditional process winds up costing divorcing parties far more than they had ever imagined, both emotionally and financially.

The Fairway team will work with both parties to ensure that all needs and goals are heard. With these goals in mind, our team implements specialized resolution methods. Our goal is to help make the process go as smoothly as possible.

Simply put, there is a better way of going through divorce. With alternative dispute resolution services from Fairway, we can change the way divorcing couples look at the process of divorce. Look forward to a new chapter in life rather than how you can possibly get through what is currently happening.