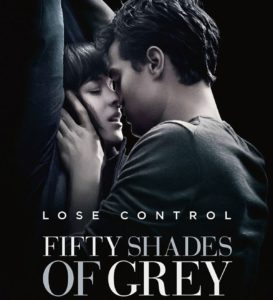 Last week, I was heading out of town on a business trip. Sitting patiently in the waiting area to board the plane, I overheard a conversation. A couple of middle-aged women were talking about 50 Shades of Grey and making comparisons to their own sex lives.

It became impossible to focus on my work. Their conversation was much more interesting and juicier than the work in front of me. We tend to criticize men for overt sexual comments, but a few women can do just as much damage together.

So, the conversation quickly turned to their lack of experiences at home. They also began raving about what the woman in 50 Shades of Grey was experiencing. Minding my own business became quite difficult, my attention drawn to some interesting observations.

50 Shades of Grey isn’t the Prototype

The two women in question would have fit into the prototype for “married North American woman”. Their age, income, weight, and status lined right up and likely represent a number of similar women.

As we boarded, I actually got seated right behind them. For two or so hours, I got to hear bits and pieces of their continued conversation. They were wrapped up in the fantasy of 50 Shades of Grey and didn’t realize that more people could hear them. The shy guy next to me could barely keep from wriggling in his seat.

While books and shows like that are fun and stir up feelings inside of us, they also make us lose focus of the things that we have. These women not only aspired to do these things in the book, they spent the entire time complaining about their sex lives.

So, this led me to wonder: what has stopped females from taking charge from time to time in the bedroom? Perhaps the bedroom antics need to catch up with boardroom antics. Sometimes, communication isn’t necessary when pleasure will do just fine.

Living the reality of a great sex life is much better and healthier than just reading about it. I have never had a couple divorce who have said: “ya -our sex life is amazing and so we are getting a divorce”. So, the best thing of all by fulfilling your sex life is that you will NOT join the masses whose marriages are failing.