This goes on, with various other themes receiving equal treatment and disdain. You have known this friend since you both played for the University of Manitoba’s girl’s volleyball team, dated lots of guys, and generally ran the world. 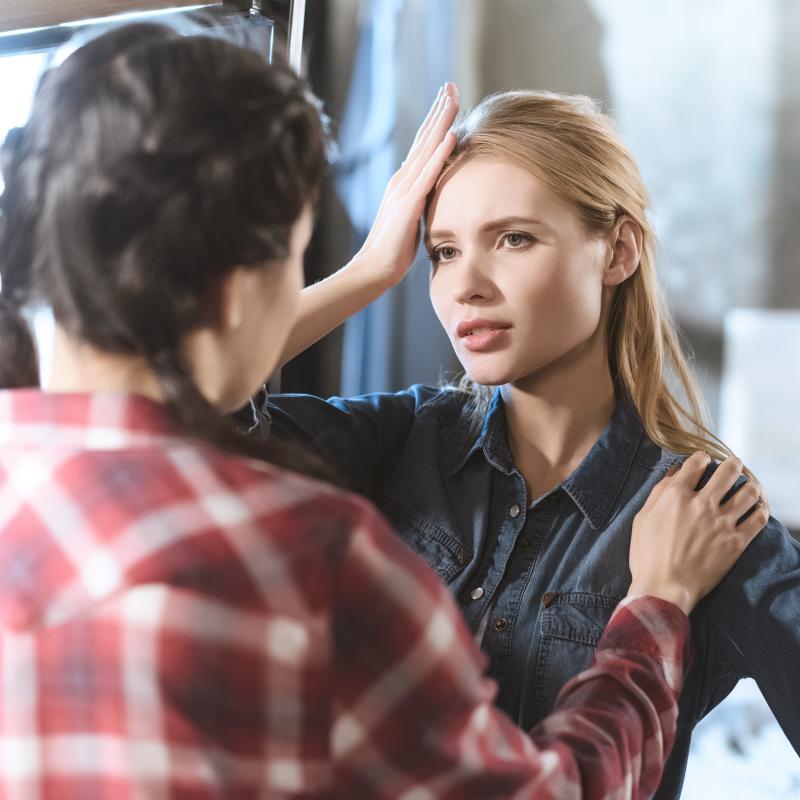 You listen to her vent, you listen with empathy, paying attention to her tone [hard not to notice], her words, body language. Say ‘hmmm’, ‘oh’, ‘ahh’, and generally letting her know you do hear her, validating her feelings. You love this friend and she needs help. What else is there to do in Winnipeg when it’s -30?

She keeps venting. Your verbalizations are running thin — how many times can you say ‘ahh’ or ‘oh my’ before you sound goofy. But she has just indicated she’s confused about something. She said, “I just don’t understand how he can keep doing this to me!” Ah ha, an opening — she needs clarification on his behaviour.

You ask “What exactly is he doing, what behaviour is he showing?” Sounds a bit clinical I know but you will be amazed by the effect it has — it’s an open-ended question which helps your friend shift from venting to identifying a behaviour, putting a name to the problem.

What else can you say? Depends on her. If she bites and starts to become less stuck in anger and a little more curious you have a chance. Perhaps she’ll answer with

“Well it’s when he speaks so self-righteously, so know-it-all, drives me crazy.” Not a bad response.

You paraphrase with “So you are at the point where you need to see some changes in his way of communicating with you.” And then you add: “What was going on with you when he called last time?” or perhaps “What do you think was going on with him when he called?” Open-ended questions, helping your friend clarify exactly what is happening.

All sounds so corny and unrealistic, right? I don’t agree. We all try to help our friends and loved ones with their problems. We are all coaches without the label. Just like the Winnipeg Jets struggle with their coaching staff, we too, as individuals, struggle with finding the right coaching approach for those we love.

Your friend will likely now want you to give advice, along with wanting you to agree with her that indeed her ex is a total jerk. Don’t give her advice and you don’t have to agree either. Say “If you were giving someone else advice, what would it be?” Whoa, that’s clever. Remember, you are hearing only half the story, and any advice you give might make things worse.

At this point, it’s time to:

I like the first one — talking about it. You have shifted her from complaining to coping. Now prepare her: rehearse her script, avoid inflammatory statements, name the action, ask about intent, listen and convey understanding, share the effect, use the I message model: When you said [be exact about what he said] I feel confused/anxious/upset, because [name your unmet need or expectation]; then pause to allow for his reply. He just may be taken aback and apologize, or not. Don’t push for an apology, life is long and I bet this is one of the best conversations you will have had in a long time. It’s a start.

With credit and thanks to the Winnipeg based Resolution Skills Centre.