What are Grounds for Divorce in Canada?

Grounds for Divorce in Canada

There are three grounds for divorce in Canada. These are set out in the Canadian “Divorce Act.” They are cruelty, adultery, or living apart for one year. You only need one of these to justify the need for the dissolution of your marriage legally.

The Divorce Act is Federal therefore it applies to all provinces and territories.

The 3 Grounds for Divorce

In Canada, there are three grounds for divorce:

We recommend you apply for divorce based on the grounds of separation rather than cruelty or adultery. In general, they are costly and often hard to prove. The vast majority of divorces happen because of one year of separation. 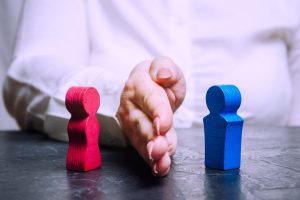 1. One year of separation

This ground requires you to be living separate and apart for one year before you can apply for a divorce. Many will use this time to negotiate their Separation Agreement that sets out all the decisions with regards to children and assets. Given that negotiating the separation agreement takes time, the one year often approaches quickly.

It is possible to file for divorce while still living in the same residence. Here is a list of some of the tests to determine if it meets the criteria: 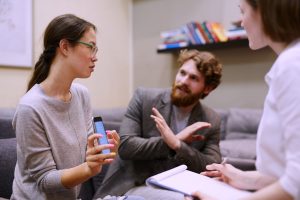 Committing adultery means having a sexual relationship with someone who is not your legal spouse. Once a spouse has been “cheated” on, they can use adultery as a reason to file for divorce. The “cheating” spouse can admit to infidelity; otherwise, you need to prove it in court.

Adultery is not often admitted to because the unfaithful person needs to confirm in writing that they had sex outside the marriage. Then it is filed with the courts and remains in the public domain as a signed affidavit admitting wrongdoing.

There is another complicating factor. The other spouse cannot forgive the act of adultery. Given the complexity of emotions that surround this event, there are often plenty of ups and downs before the final decision to divorce is made.

You cannot use adultery as grounds for joint divorce. The other spouse must apply for a sole divorce. This one-sided approach for filing for divorce adds layers of expense and complexity. Of course, when the spouse who committed adultery does not want a divorce, then applying using this ground may be the best way to move things forward. The biggest hurdle is proving it in court. 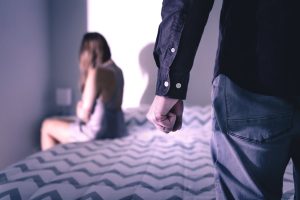 To use cruelty as grounds for divorce, living with the other party must be intolerable. You must prove cruelty in court, and the court requires a high standard of proof. As with the ground of adultery, this will be hard to prove unless it is an extreme involving hospitals or the police.

Only the spouse who is in distress may use this ground to apply for divorce. This type of application for divorce always goes to court, thereby increasing both costs and stress.

Rule of Thumb on Grounds for Divorce

Always select the one year of separation, even if you also claim one of the other grounds. That way, you can wait the year if you cannot prove adultery or cruelty.

Canada has a no-fault divorce system

Canada has a “No-Fault” divorce system, which means that the spouse(s) seeking a divorce does not need to prove that the other spouse did anything wrong. The court does not require that there has been a “matrimonial offence” to grant a divorce. It simply requires the decision to separate and divorce.

Before 1985, matrimonial offences allowing divorce included bestiality, adultery, desertion, and cruelty. As of 1985, with the new Divorce Act, separation can be the sole ground for divorce; in other words, no-fault.

The court does not punish people for matrimonial offences. Unfortunately, many divorcing Canadian couples spend thousands of dollars and many years fighting in court trying to prove that their spouse is wrong, and they are right. The good guy versus bad guy debate results in nothing but lost money and time. The courts do not care about behaviour – good or bad unless it is extreme enough to impact the children’s best interests. This is hard to prove and does not often result in the feeling of vindication for either party.

A spouse will not be punished with an unequal division of property because of bad behaviour unless there is a valid reason for the property to be divided unequally under the relevant property division law.

Large legal bills pile up because of the expectation that a Judge will award one party more due to the other party’s behaviour or on the claim of “compensatory spousal support.” The unequal distribution of assets is rare.

How to get a Divorce in Canada

You need to apply to a court for a divorce.

As a general rule, to be able to divorce in Canada, you must meet ALL of the following criteria:

A Judgment will be granted in open court as the result of a trial or application, or it will be signed in the Judge’s office via a Desk Divorce. The document granting a divorce is called the “Divorce Judgment.”

The Divorce Judgment will only be granted if the divorce is uncontested or if issues in the divorce are resolved, and divorce has also been requested. Remember, even if you have grounds for divorce, the courts may refuse to grant the divorce, especially if they are not satisfied with the child custody and support arrangements that are in place.

A desk divorce refers to an application that is uncontested, and both parties have agreed to get divorced without an application in open court. Uncontested does not mean that they did not have issues that needed to be resolved but rather that they both want a divorce and are not contesting it and have agreed on the terms.

In a Desk Divorce, the Parties do not have to appear in front of a Judge. After the parties resolve all the issues, they can then submit the final divorce documents. The clerks and the Judge will then review the documents. The Judge will ensure that the support for dependent children, both physically and financially, is to his/her satisfaction. If the application satisfies the Judge, then they will sign the Divorce Judgment.

Custody
Decision making power for a minor child.
Access
Time spent with a minor child.
Contact Time
Time spent with a child for a non-custodial adult.
Child of the Marriage
A child under the age of majority who hasn’t withdrawn from the care of his/her parents, or is over the age of majority but can’t leave because of health, disability, or any other reason (post-secondary education).

If you believe you have substantial grounds for divorce, contact us. We can help answer your questions and offer guidance. Better yet, set up a free consultation. There is no cost, and you can get the answers you need. At Fairway, we listen because we care. Call us today.