Get Your Spouse to Agree to Divorce Mediation

Divorce, at least as we tend to think about it, is contentious. Why wouldn’t it be? Emotions are running high as one of the most important relationships in our lives comes to an end. It is only natural for one or both sides to feel hurt and want to spite the other as much as possible.

Divorce mediation, however, is about compromise. It is about eschewing the traditional route of divorce court. More importantly, it is about coming to a reasonable agreement regarding the division of property, child custody, and all of the pertinent issues during divorce proceedings.

Unfortunately, when those emotions are running high, it can be difficult to show one side the value in divorce mediation. So, if you have been considering the mediation route, what steps can be taken to convince your soon-to-be-ex that it is the right route?

There are a few routes that you can take. Each may have different results. Remember that divorce is unique to each couple and each party may take things differently. Still, these suggestions may help steer things down the path of mediation.

Divorce Mediation is About Preparation

When it comes to any aspect of divorce, preparation is key. That doesn’t mean you need to be an expert on the divorce laws or on mediation. All it means is that you have enough of a background knowledge that understand the benefits and interests to your situation.

Moreover, preparation will be beneficial when it comes time to convince your spouse. They may be skeptical about the divorce mediation process as they are not familiar with it. And like most people, something new is something scary.

Do a little bit of research beforehand. Show them the average costs of divorce in Canada versus those accrued during mediation. If you are struggling to find pertinent data, contact a professional for a little insight.

The more you know, the more you can share, the more informed your spouse will be. That may be all it takes to get them into mediation.

Now that separation has been agreed upon and the path to divorce has begun, it is time to decide whether it will be mediation or litigation. You have done the research and are set on going through divorce mediation. The problem is that your soon-to-be-ex will take some convincing.

If your spouse is vehemently against mediation, it may feel impossible to convince them to go another route. After all, convincing someone to spend time and money on something that they don’t want is a tough sell.

Even though it might seem absurd, it is not uncommon for divorcing couples to have one spouse pay for the other’s portion of the mediation costs. At least at the beginning. And if you are reading this, you probably have asked yourself why you would do something like this.

There are actually a few good reasons why footing the bill, at least initially, may be a good idea.

Divorces are expensive. Insanely so in some instances. The average cost of a contested divorce in Canada has climbed in excess of $15,000 and can reach closer to $30,000 in many cases. As a matter of fact, the initial retainer for a divorce lawyer is likely to cost more than that of the entire mediation process.

Contested divorces in Canada take, on average, one to two years. There are retainers for simply keeping the lawyer’s service, fees as you go through the process, and so much more that will come out of pocket. Even if one party definitively “wins,” is anyone winning?

Going through mediation can provide a measure of cost-certainty. Most mediated divorces in Canada can be done for under $5,000. While that may seem like a lot, it is very little compared to the traditional divorce court proceedings.

Covering Their First Retainer Shows Mediation is to be Taken Seriously

There are plenty of skeptics about the results delivered by mediation. In particularly vindictive divorces, there can be a desire to simply stick it to the other party. Maybe the financial savings aren’t enough proof for your soon-to-be-ex.

Don’t Forget: They Can Pay You Back

The loan, as it were, doesn’t have to be written off. Mediation is meant to help save a ton of money on legal fees. That means more left over for both parties than may have been there in a traditional divorce proceeding.

A stipulation of covering the initial retainer is that they pay you back at the end of the mediation. It can even be tied into the mediation agreement should both parties wind up signing one. Think of it as something of a short-term loan. Instead of getting interest on that loan, there is privacy, confidentiality, a willingness to be civil, and a greater chance of compromise in an otherwise ugly situation.

Communication can be difficult in even the best of marriages. When two parties have agreed that the relationship is at an end, it can be downright impossible. If the hope is to get the soon-to-be-ex into mediation, however, communication is vital.

When you have the details and necessary information, try to communicate carefully. Don’t be aggressive or assertive. Understand that, as emotionally injured as you may feel, the other person likely feels the same.

Find a time of limited conflict. Presenting your case for mediation during a high-conflict moment is likely to end in failure. They may be more difficult to find, but there will be moments that are right for you to present your case.

If the situation is particularly tense, direct conversation may be out of the question. Consider a text or email instead. That helps to avoid the direct tension, gives them time to respond, and works at their convenience.

There are even mediators that can assist in this process, usually crafting a letter or email on behalf of the party who wants mediation. Having a professional explain the benefits can sometimes be the push needed to get both parties into mediation.

Focus on the Benefits That Mediation Offers

Divorce is not fun. No one is doing it simply because they feel like it. It is a contentious situation that often brings out the worst in both parties. That said, there are several clear benefits that both sides should take heed of.

Greater control. Going to mediation means that both parties control the outcome. If they can work together, neither side needs to wind up financially and emotionally destitute. They can come to a fair, equal resolution that works for both parties. In the court systems, control is out of their hands. A greater level of control allows the parties to move on with their lives under their terms.

Family first. Divorces can get ugly. The most contentious of divorces typically have children involved. When emotions run high, children can get lost in the shuffle and are subjected to the ugliness that is often on display. Since mediation is about amicable and reasonable solutions, that ugliness is kept to a minimum. Both parties focus on what they need and want, moving forward without the nastiness that can drag down the best of us. The entire family is better off in the end.

Affordable. You’ve seen the numbers; contested divorces are costly. Not all of us have tens of thousands of dollars to spend on a divorce. Moreover, the majority of us simply want to get to the end of the divorce tunnel. Mediation provides an affordable resolution that doesn’t muddy the process and drag it out longer than necessary. 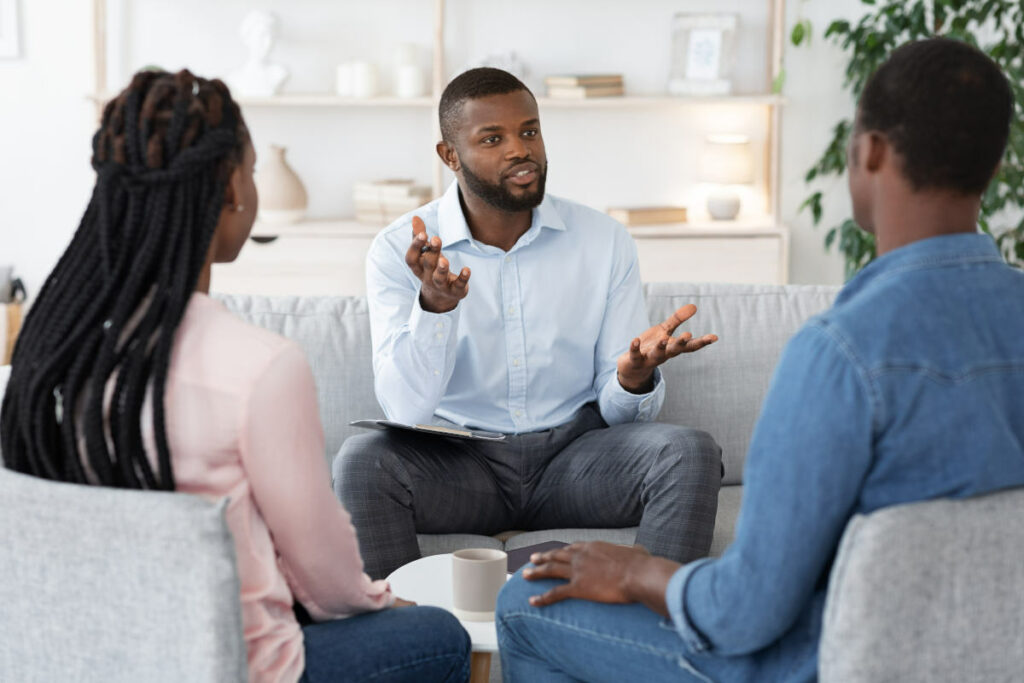 Divorce Mediation is Meant to Help

Above all else, talk to your spouse about one thing. Let them know that the point of mediation is to expedite the process. Divorce hurts enough without having to drag it through costly court systems for months or even years.

If your spouse is having a difficult time with the idea of mediation, point that out. No doubt, the both of you want to move on with your lives. Mediation allows for a faster, less costly, more amicable resolution than any other avenue.

It may not be perfect, but it is far more reasonable to both parties than traditional divorce courts. That should be reason enough to get them on board.