Can You Develop Divorce PTSD?

Can Divorce give you PTSD?

To say that a divorce is one of the most significant events in one’s life would be putting it mildly. For some, it can be such a severe event that divorce PTSD can become a reality. While it may seem like only soldiers – typically the more common association with PTSD – can suffer from this disorder, it can happen in the wake of severe stress.

The loss of a significant other, no matter how the relationship was at the end, is traumatic. It creates stress in our lives, even if it is ultimately for the best. And with divorce can come serious distressful psychological symptoms that can come with it.

There have been several studies, particularly the Social Readjustment Rating Scale (SRRS), that have been performed about separation and divorce PTSD. That scale is meant to measure the relationship between susceptibility to illness, stress, and the events in our lives.

It should come as no surprise that divorce is one of the most severely stressful events in life. It is right up there with things like the death of a loved one. Still, there are some that question whether or not divorce PTSD is a thing.

What is PTSD and How Does it Relate to Divorce? 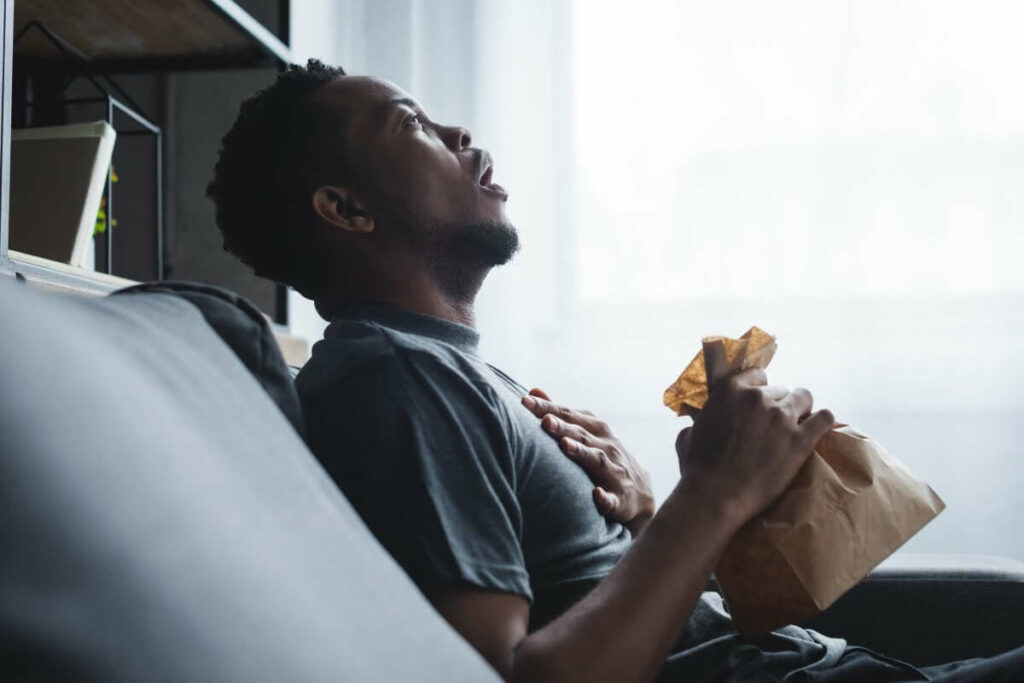 Post-traumatic stress disorder was once more commonly known as “battle fatigue” or “combat stress reaction.” It became most closely associated with war veterans. It also became an official mental health condition way back in 1988, listed in the third edition of the Diagnostic and Statistical Manual of Mental Disorders.

The Diagnostic and Statistical Manual of Mental Disorder’s recent addition has a clearer definition. PTSD is a “trauma and stressor-related disorder”. It is defined as being the result of “exposure to threatened or actual death, sexual violence, or serious injury.” With that definition, one can’t help but wonder the correlation to divorce PTSD.

Other Events Related to PTSD

So, if violence, sexual or otherwise, is the main cause of PTSD then how does divorce come into play? Well, those stressors can also involve directly witnessing, experiencing, or learning of a traumatic event that occurred to or with a close friend or family member.

Conditions for PTSD, Including Divorce PTSD

There are also certain criteria that need to be met:

Each experience is unique. Some may display several symptoms while others may only display one or two. It also is not something that can generally be recognized immediately; it takes time and repeated behavior to truly uncover divorce PTSD.

Divorce PTSD and How it Correlates with “Traditional” PTSD

So, knowing what we know about PTSD, there is one surprising fact. The National Health Service actually does not recognize divorce PTSD. According to them, a formal PTSD diagnosis doesn’t traditionally apply to circumstances like job loss, failing exams, or divorce.

There have been studies and books, however, that beg to differ. The general definition of the symptoms also seems to indicate otherwise. There are several different studies showing that, in the wake of a relationship dissolution, people have manifested symptoms that are similar to those who have survived situations of extreme stress.

While it may not garner the same diagnosis in some circles, it is definitely possible for those who have experienced divorce to have PTSD symptoms. At the end of the day, it is a traumatic event. Though it may not have been from something like a natural disaster, a rape, military combat, or a life-threatening situation, divorce PTSD is very much real.

Some researchers have a specific name for this event. “Post-dissolution PTSS” or post-traumatic stress symptoms, are generally characterized through the re-experiencing of some symptoms. The most common of which are intrusive dreams or thoughts about the dissolution or divorce and specific avoidance behaviors.

Post-traumatic stress symptoms can begin to show, particularly in the wake of a separation or divorce. Those symptoms include:

When the separation or divorce is a difficult one – drawn out, time-consuming, expensive – it can be all the more difficult. It is trauma on a consistent basis and it can lead to certain debilitating anxiety symptoms. This is where the divorce PTSD takes hold.

Those anxious symptoms become the result of the trauma of the divorce becoming embedded within that person’s subconscious. This is where the recurring bad memories and fears can come into play.

Basically, a person that has gone through a divorce – a bad one in particular – can show those signs or symptoms of illness. Those symptoms can also come through flashbacks, making it difficult to move on and live life normally and happily.

Some divorces can also be the result of serious emotional, financial, or physical abuse. A divorce is hard enough on the mental state of those involved. When there is abuse, it only makes sense to reason that divorce PTSD is possible.

What Can Be Done About Divorce PTSD?

Now that we know what defines divorce PTSD, or PTSS depending on who you listen to, it helps to know what can be done. After all, the first step to making changes is to identify the symptoms, but that is just the first step.

The first step is acknowledgement and acceptance. There is no way to remedy the situation if you can’t properly acknowledge what is happening. This step is rarely easy. It does not mean that there is something “wrong” with you. A traumatic event can play havoc on anyone.

The next step is to look for support. Support means different things for different people. It could be going to a doctor. It could be talking to friends and family. When one becomes isolated, those feelings of anxiety heighten, worsening the impact of the trauma being felt.

Be aware of the tools available to you. Look into self-improvement methods like meditation and exercise. Those have the ability to provide help during daily life when counseling is not available or in between appointments.

Speaking of counseling, look into professional counseling. Cognitive behavioral therapy in particular can help. Talk to someone about the negative thoughts that you might be experiencing. Work towards a permanent change.

Most importantly, exercise patience and be realistic. Traumatic experiences take time to recover from. The impact of trauma can have potentially wide-reaching impacts. Allow for time, space, and personal kindness in order to properly recover from such an event.

Part of the reason that people experience divorce PTSD is due to the severity of the divorce process. Fairway Divorce can help thanks to our unique mediation services.

We believe in making the divorce process as smooth a process as possible. No more vicious fighting, no more leaving one side financially destitute. There is simply a better way to achieve a divorce than divorce lawyers would have you believe.

Call today for a free consultation. Avoid the unnecessary stresses that divorce can bring with it. Move on with your life and begin the next chapter in peace.